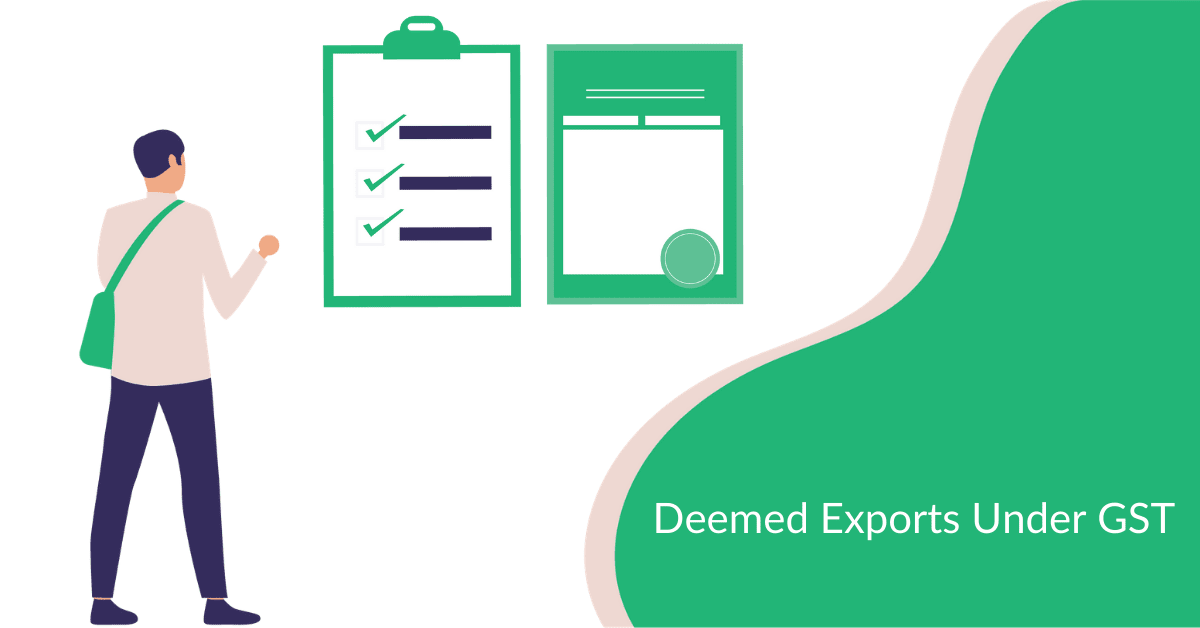 When locally produced goods are sold to another country, the transaction is known as exports. India, like other developing nations, has a wide range of exports that creates enormous wealth for her year after year.

However, few goods that are manufactured in India but do not leave the country. The Government of India classifies these goods as 'Deemed Export' under the ‘Export and Import Policy, 1997-2002’. The payment term of the transaction is either in Indian currency or any convertible forex.

What is Deemed Export under GST?

Deeemed Exports under GST are supplies of certain goods (not services) manufactured in India, notified under Section 147 of the CGST/SGST Act, 2017.

Unlike regular exports that are exempt from the Goods and Services Tax (GST), which in taxology parlance is known as zero-rated under GST -- Deemed exports are not zero-rated. Hence, the government levies GST on deemed exports and then extends a full tax refund to either the buyer or the seller, whoever files the application.

Example of Deemed Export under GST

For example - If a company sets up a factory in Gurugram, Haryana to manufacture spare parts for washing machines and then supplies those parts to a Pune-based washing machine maker with an EPCG (Export Promotion Capital Goods) authorization. Such a trade would qualify as deemed exports as per the Central Government Notification No. 48/2017- Central Tax.

What categories of transactions qualify as Deemed Exports?

Under the ‘Central Government Notification No. 48/2017- Central Tax’, the government of India has notified that the transaction would qualify as Deemed export if:

How Deemed exports are taxed under GST

As discussed, unlike normal exports, deemed exports are not considered as zero-rated supplies. The supplier has to pay the tax at the time of carrying out the transaction and can claim a refund later.

Procedure for claiming refund on deemed export under GST

If a supplier wants to claim a refund on the amount of tax he has paid on deemed exports, he shall have to produce the following documents:

To apply for a refund on the tax paid as GST, the supplier or the recipient has to fill up the Form GST RFD - 01. This form is available for download at the Central Board of Indirect Taxes and Customs (CBIC) portal under the GST tab. The applicant has to attach the supporting documents along with the form at the time of submission. A refund can be claimed within two years from the date of filing of return.

Understanding the forms GSTR – 1 and GSTR – 3B

Deemed export supplies are required to be disclosed in Table 6C of Form GSTR – 1. The applicant needs to furnish details such as the nature of the product, invoice details, serial number of the bill of export, as well as the taxable amount. Here is a snapshot of how GSTR - 1 looks like.

In the form GSTR – 3B, the applicant has to list out the goods supplied as deemed exports in Table 3.1 (b) along with any other supplies that are zero-rated and are exempt from GST.