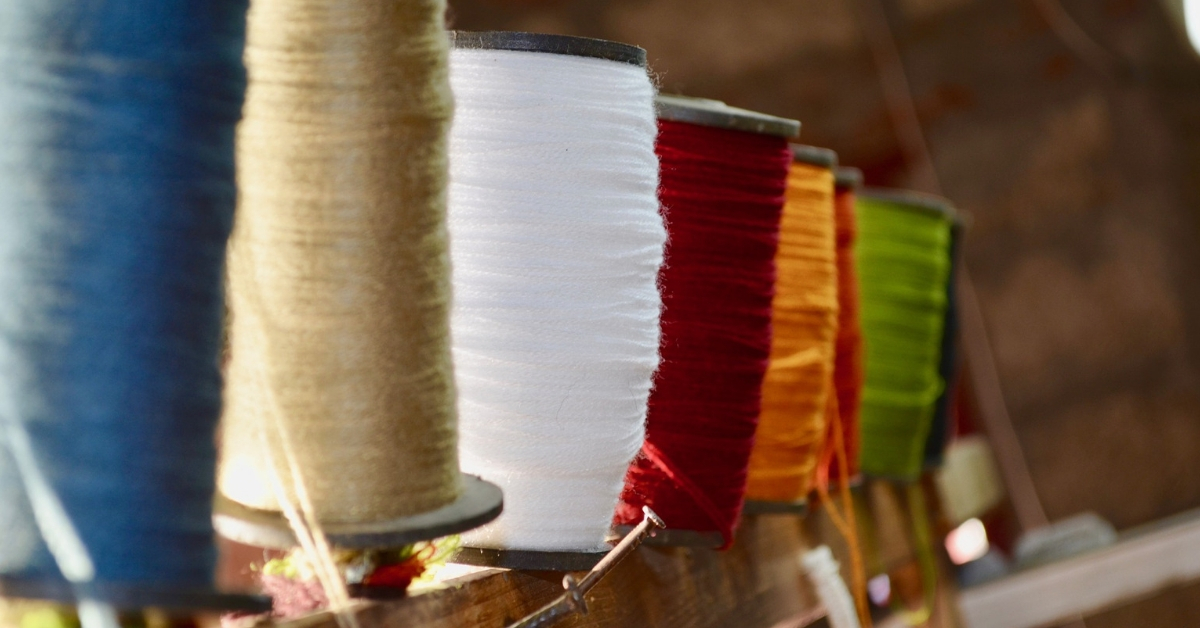 Textile Exports - A Snapshot of Who India Clothes

The textile industry in India is one of the world’s largest, with an estimated market size of US$137 billion in 2016, and is expected to touch US$250 billion by 2019. It employs about 45 million people, making it the biggest employer in the country after the agricultural sector.

India is the world’s second-largest exporter of textiles and apparel, and the textile industry contributes significantly to the country’s economy, making up 7% of industry output, 2% of the national GDP, and 15% of the country’s total exports earnings. A third of India’s textile production is exported. India's Textile Exports was worth US$37.74 billion in 2017-18. The US and the European Union are the two largest markets for Indian textile exporters, followed by various Asian countries and the Middle East.

Below is a breakdown of the various product categories under textiles and apparel exports, and their contribution in FY 2017/18 (data updated as of January 2018):

Despite such robust performance, there remains scope for the growth of India’s textile and apparel exports which accounted for only 5% of the global market at the end of FY 2018. China and Hong Kong SAR, on the other hand, dominated the textile and apparel sector with a 40% share. 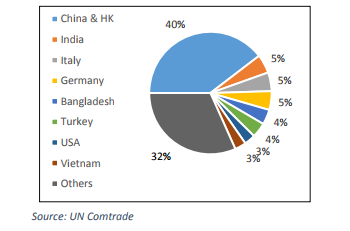 China, however, faceds a tremendous disadvantage in textile exports. The textile and apparel sectors are highly-labor intensive, and the minimum monthly wage for a textile worker in China is US$270. In India, minimum wages are US$255. At a glance, the difference in wages seems small, but with such a large labor force, the difference in individual wages adds up to a significant cost for the industry.

What also works in India’s favour is that the government has initiated several measures to give the industry a boost. FDIs of up to 100% are permitted in the Indian textile sector. Additionally, Integrated Textile Parks have been built across India, and a Technology Upgradation Fund has been established for companies to upgrade the skills of their workers. Furthermore, to promote exports of ready-made garments and made-ups (mass produced, finished textile products), the government increased Merchandise Export from India Scheme (MEIS) rates from 4% to 6% under the mid-term review of foreign policy 2015-20.

Thanks to measures like these and growing global demand for Indian-made products, in the future, India’s apparel exports are expected to increase considerably in the future. Total exports of textiles and apparel are estimated to touch US$82 billion by 2021 with CAGR of 12.06%.

Additionally, the world’s apparel market is set to grow much larger—in 2015, the market is estimated to be worth US$1,685 billion and by 2025, it is expected to grow to US$2,600 billion. If the Indian textile sector is able to capitalize on this growth, it would reap significant rewards in the coming years.

With such rapid growth, textiles and apparel are rapidly taking a larger slice of the export pie, despite the segment being traditionally dominated by India’s agricultural industry. It will be interesting to see where the growing trend of textile and apparel exports leads to, in the years to come.