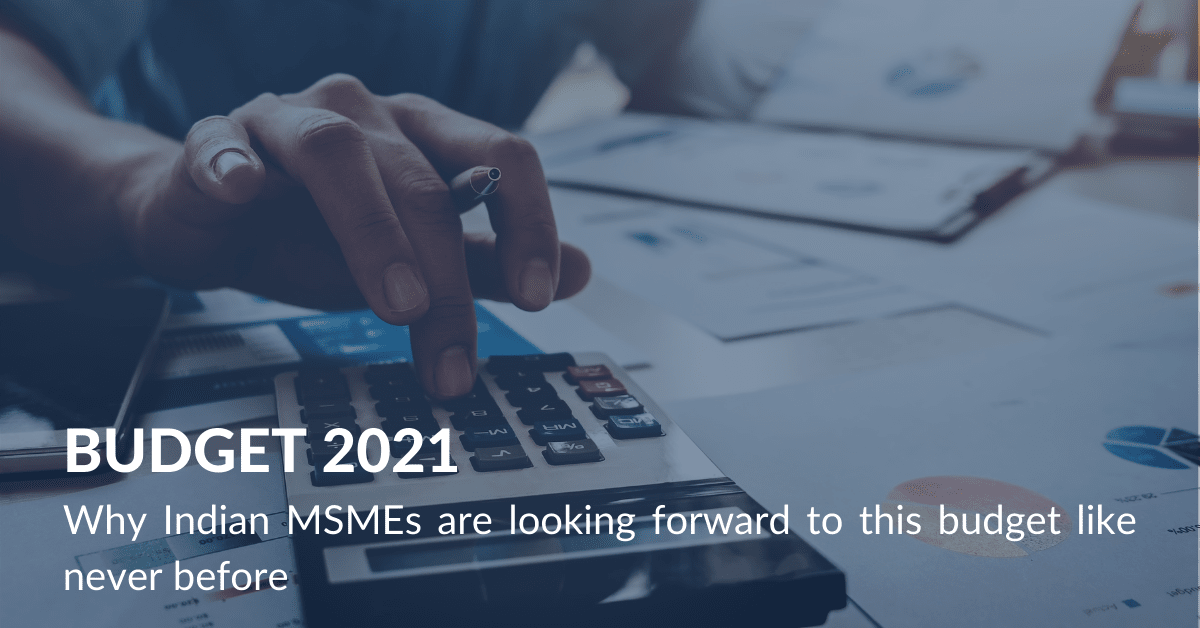 Union Budget 2021 India: We hope that in the next few days, the government will provide some clarity on specific steps that will be taken. On the whole, this Budget seems positive for MSMEs. As always, implementation will be key.

In the 110 minutes that the Finance Minister took to go from “I present the Budget for the year 2021-2022” to “with these words I commend the Budget to this August House”, she seems to have fulfilled many long-standing requests made by MSMEs. From improving infrastructure to easing credit to encouraging value-added exports to skilling programs, MSMEs were not forgotten. The last year has been tough for MSMEs. The pandemic was a black swan event that almost incapacitated them. Throughout the year, the government did try to help the sector, with announcements like the Atmanirbhar Bharat mission and the moratorium on interest on loans but the sector needed a lot more. Its problems, while exacerbated by the pandemic, were not caused by it.

This Budget, with its commitment to double its budgetary expenditure to Rs 15,700 crore for MSMEs, could be a good starting point to resolve some of the problems facing the sector. There is still no clarity over what this extra allocation will be used for. Some reports suggest that some of this could go towards offering MSMEs working capital during emergencies. It could supplement the Emergency Credit Line Guarantee Scheme (ECLGS), announced last year, which offers banks and non-banking financial corporations a complete guarantee when they extend credit to meet working capital requirements to MSMEs. This is one of the Covid relief measures that the government had announced last year when MSMEs struggled to survive amid liquidity issues, non-payment of dues, high defaults rate, shrinking supply, and labor woes. The other boost to manufacturing in general and MSMEs, in particular, is the Rs 1.97 lakh production-linked incentive scheme being extended to 13 more sectors. The scheme is intended to improve both size and scale of manufacturing, which will have a knock-on effect on MSME suppliers.

This is something the Finance Minister reiterated when she spoke of rationalizing customs duty on specific products. “Our Custom Duty Policy should have the twin objective of promoting domestic manufacturing and helping India get onto [the] global value chain and export better. The thrust now has to be on easy access to raw materials and exports of value-added products.” The government plans to review 400 outdated duty exemptions and put in place a revised duty structure that will be created after extensive consultations with all stakeholders.

As well, the Finance Minister announced basic customs duty cuts on iron & steel, copper scrap, nylon chips and fiber, and naphtha. In other cases, the duty has been increased to encourage domestic producers. Specifically, the Finance Minister said the government would be “rationalizing exemption on import of duty-free items as an incentive to exporters of garments, leather, and handicraft items. Almost all these items are made domestically by our MSMEs.” Leather manufacturers and processors along with synthetic gemstone processors will benefit from similar steps. Apart from duty rationalization, the Finance Minister also announced the development of seven textile parks and five major fisheries harbours. Also, the subsidy announced to the shipping sector could improve the overall freight infrastructure. These steps could help MSME exporters become more competitive in the international market.

A significant announcement in the Budget has been concerning labour reforms, particularly regarding gig and platform workers, many of whom are employed by MSMEs. By extending social security benefits and minimum wages to these workers, the labour force may become more stable. Mass migration of workers, as we saw at the beginning of the pandemic last year, may not happen when workers see some benefits. Significantly, the Finance Minister added: “At the same time, the compliance burden on employers will be reduced with a single registration and licensing, and online returns.” Another move that will benefit MSMEs is the amendment of the Apprenticeship Act and the infusion of Rs 3,000 crore for training and skills development.

Significant steps have also been taken to incentivize startups, including an extension of eligibility to claim tax holiday till March 2022. Capital gains exemption for investment in startups has also been extended by a year till March 2022. Easy access to credit has been a problem for MSMEs for years. The adoption of fintech was expected to ease this. However, fintech itself had needed government support, which it has got in this Budget. The announcement that the government plans to develop a world-class fintech hub in Gujarat’s GIFT City is a welcome move. Equally welcome is the infusion of Rs 1,500 crore to promote digital payments. Both these steps could help MSMEs trying to raise funds. We hope that in the next few days, the government will provide some clarity on specific steps that will be taken. On the whole, this Budget seems positive for MSMEs. As always, implementation will be key.

(The article was first publised on financialexpress.com)