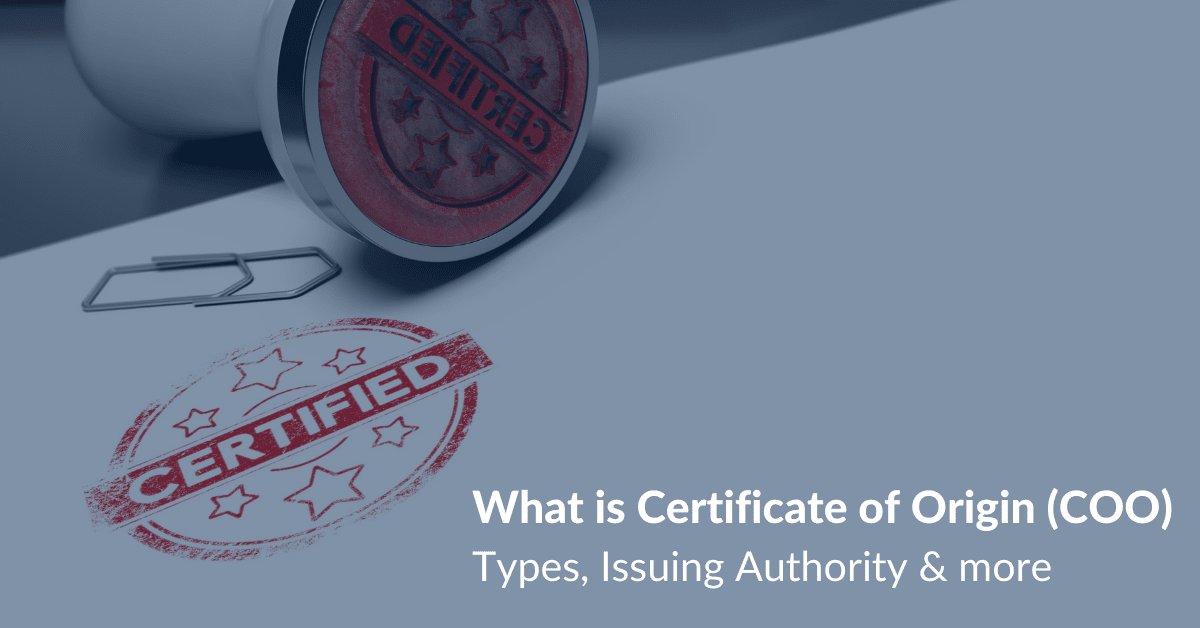 What is Certificate of Origin (COO) | Types, Issuing Authority & more

A Certificate of Origin (COO) is a document commonly used in international trade. It establishes the country of origin of the product, which is particularly important for an exporter claiming import duty benefits against the product(s). It is often in the form of a statement attached to the commercial invoice, or a separate declaration, which gives a line item-wise list of the origin of all products.

A COO is signed by the exporter (or an authorized representative) and certified to be true and correct.

What types of COO are there?

For exporters seeking to enjoy preferential tariffs under these arrangements/agreements, COO is required to establish the eligibility of the exports for the same. In the case of preferential COO, the Directorate-General of Foreign Trade (DGFT) has identified a list of agencies authorized to issue the COO (see Fig. 1 below). 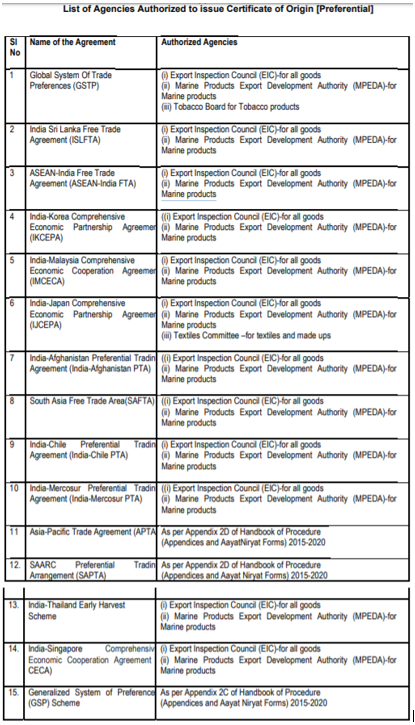 A non-preferential COO certifies the origin of the goods but does not grant any preferential tariff rights to the exporter. The Indian government has nominated agencies across the country to issue COO as per Article II of the International Convention Relating to Simplification of Customs Formalities, 1923.

Statusholder exporters (One/Two/Three/Four/Five Star Export Houses) are eligible under this scheme. It is available for products manufactured by these exporters that are listed in SSI/IEM/IL/LOI registration certificate. These products must have appeared in the list of products in the exporter’s application for recognition as an approved exporter.

A COO may be obtained on a regular basis or on a shipment basis. The format for requests under both is different. While applying for a COO on a regular basis, the exporter has to furnish a permanent indemnity bond on Rs. 50 stamp paper in the format given in Fig. 2 below (when applying to FIEO): 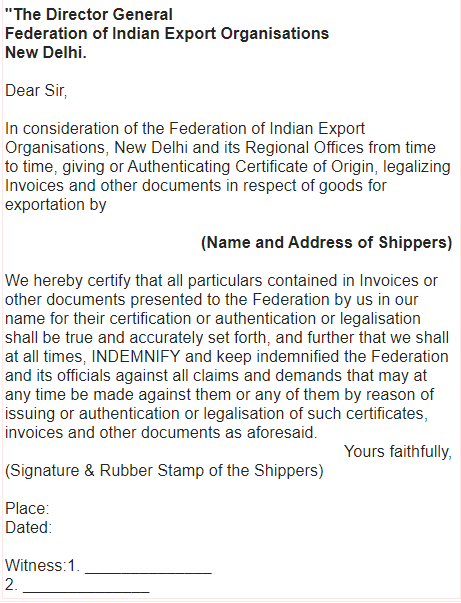 COO can also be applied for on individual shipments, for which the exporter needs to furnish an indemnity bond on Rs, 10 stamp paper in the format given in Fig. 3 below (when applying to FIEO): 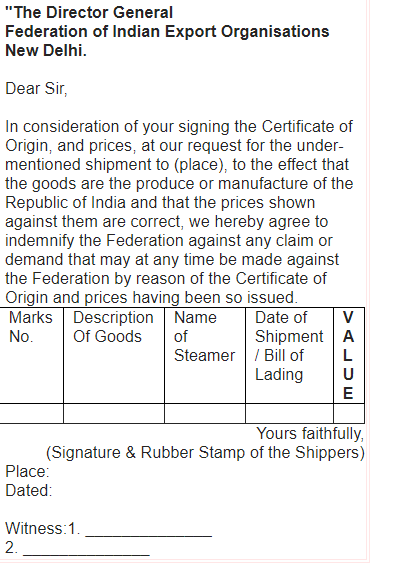 While applying for a COO, a cover letter must be sent to the authorized agency, along with the indemnity bond, eight-nine copies of the duly filled COO application, and a copy of the invoice. The stamp paper used for this purpose must be purchased in the name of the exporting entity. The bond has to be signed by the Director/Partner/Proprietor of the entity.

The COO captures information regarding the product, its destination, and the country from where it originates. It determines whether the incoming product is eligible for import and if duty needs to be charged upon it. Customs authorities at the destination treat the COO as a document separate from the commercial invoice and the packing list.

A notarized signature of the exporter, along with the signature and stamp of the authorized agency of the origin country, is expected to be seen in a COO by the customs authorities at the intended destination. In some countries, e-COOs (which have been electronically signed by the authorized agency/chamber of commerce) are also accepted.