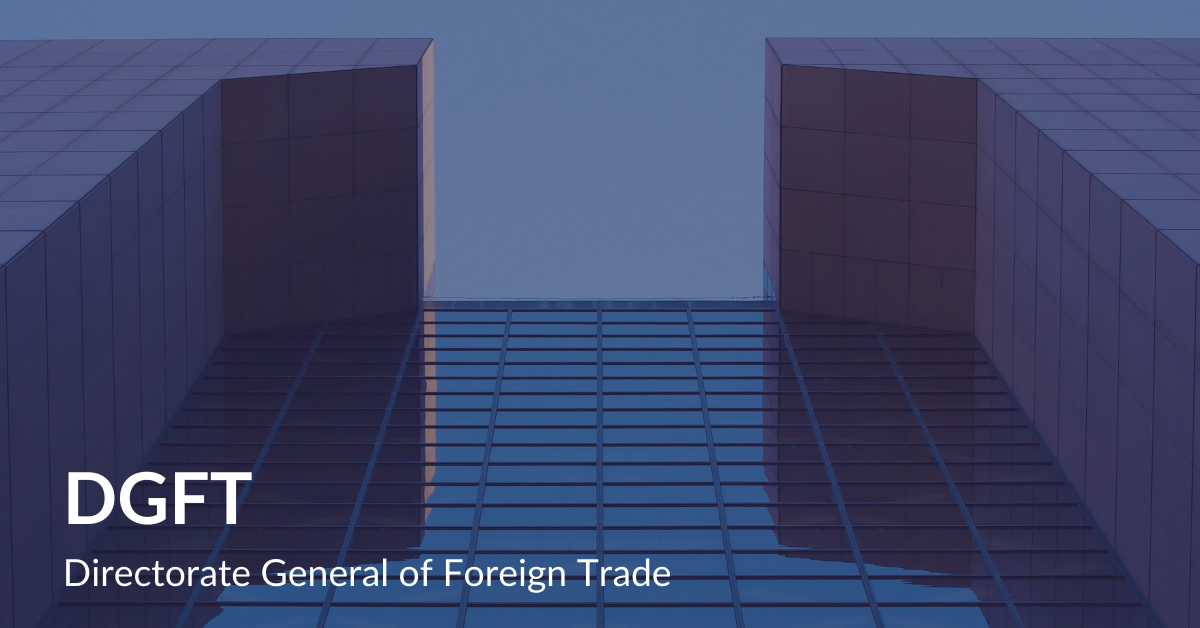 The Directorate General of Foreign Trade (DGFT) is a body under Ministry of Commerce and Industry of the Government of India. It is headed by the Director General of Foreign Trade. Till 1991 this office was known as Chief Controller of Imports & Exports (CCI&E). Post liberalization in 1991, DGFT was formed to replace CCI&E and the role of this office changed from Prohibitor and Controller of Exports and Imports to Facilitator, Promotor and Regulator of Exports and Imports. Keeping in mind the country’s objective of increasing exports, it implements necessary laws, issues export licenses, introduces trade incentives and develops trade relations with other nations.

Important Roles and Functions of DGFT

Exim Policy or Foreign Trade Policy is a set of guidelines and instructions related to import and export of goods developed by the Directorate General of Foreign Trade. The Government of India announces the EXIM Policy which is applicable for a period of 5 years under Section 5 of the Foreign Trade Act 1992. The objective of the policy is to encourage exporters in the country, thereby increasing exports and maintaining favourable balance of payments position. Currently Foreign Trade Policy 2015-2020 is in effect and will remain applicable till 31st March 2020.

IEC Code is a must for all import and export businesses in India. It is a unique 10 digit registration code issued by DGFT. This code helps in tracking and managing shipments of an exporter or importer. The IEC Code is now integrated with PAN, and only one IEC can be issued against one PAN. An exporter or importer can apply for IEC Code or e-IEC online on DGFT’s website.

ITC HS Codes are based on International Harmonized System of Coding and were adopted in India for facilitating foreign trade. The Indian customs uses 8 digit ITC HS Code in trading activities. The ITC HS Codes are divided into two schedules wherein, Schedule 1 is for Import Activities and Schedule 2 is for export activities. Any changes, or addition such as changes in description of commodities, removing defunct codes, adding new codes etc. are carried out by DGFT.

Platform for updating and viewing eBRC

eBRC or Bank Realization Certificate is issued by Banks to exporters so that they may claim benefits under various export promotion schemes under the Foreign Trade Policy. To promote paperless trade DGFT introduced eBRC module for Banks to electronically transmit Foreign exchange realization directly to the exporter's account.

An exporter can follow the following steps for viewing his eBRC:-

It is advisable to print 4 copies of each eBRCs as they might not be available later on due to constant server updations. 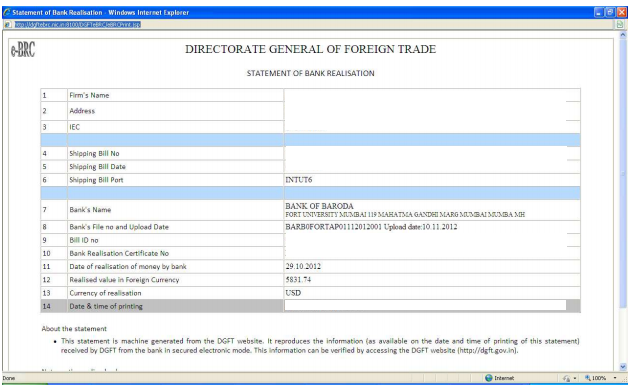 In accordance with Schedule 2 – Export Policy formulated by DGFT all goods other than those listed in export licensing schedule along with its appendices are freely exportable. Exports are free except when they are regulated by way of any “Prohibition”, “Restriction” and “STE”.

All items which are defined as restricted in the Export Policy, are permitted for exports subject to license granted by DGFT. The license for these items can be applied online on the website.

Apart from this, this body also undertakes implementing “Ease of Doing Business” for exporters and importers by simplifying and digitizing export-import procedures to promote foreign trade.

As a part of “ease of doing business” measure, DGFT facilitates claiming rewards under MEIS to exporters with the help of an online application system. The MEIS application is to be filed online using Digital Signature with the concerned RA in Form ANF 3A. The relevant shipping bills and e- BRC are to be linked in the application. If the exports are made from EDI ports then hard copies of these documents are not required to be submitted to the respective RA.

Duty Entitlement Passbook Scheme (DEPB) is an export incentive scheme which is regulated by DGFT. Under this scheme the exporter is incentivized on the customs duty paid on import of goods such as raw materials which will be further exported. The exporter is entitled to apply for credit which is a fixed percentage of FOB value of the goods exported. The DEPB rates are decided and notified by the DGFT.

DGFT regulates transit of goods from or to India in accordance with the bilateral treaties in effect between India and other countries.

Directorate General of Foreign Trade is headed by the Director General who is appointed by the Central Government. To be eligible for this position, the candidate should be a member of Indian Administrative Service (IAS) with a public service of 30 or more years. The Director General advises the Central Government in formulation of Foreign Trade Policy or EXIM Policy and its execution. Some of the primary responsibilities of the DG at present are:-

His office is located at Gate No. 2 of Udyog Bhavan, New Delhi. Mr Alok Chaturvedi is the current Director General since July 2017.