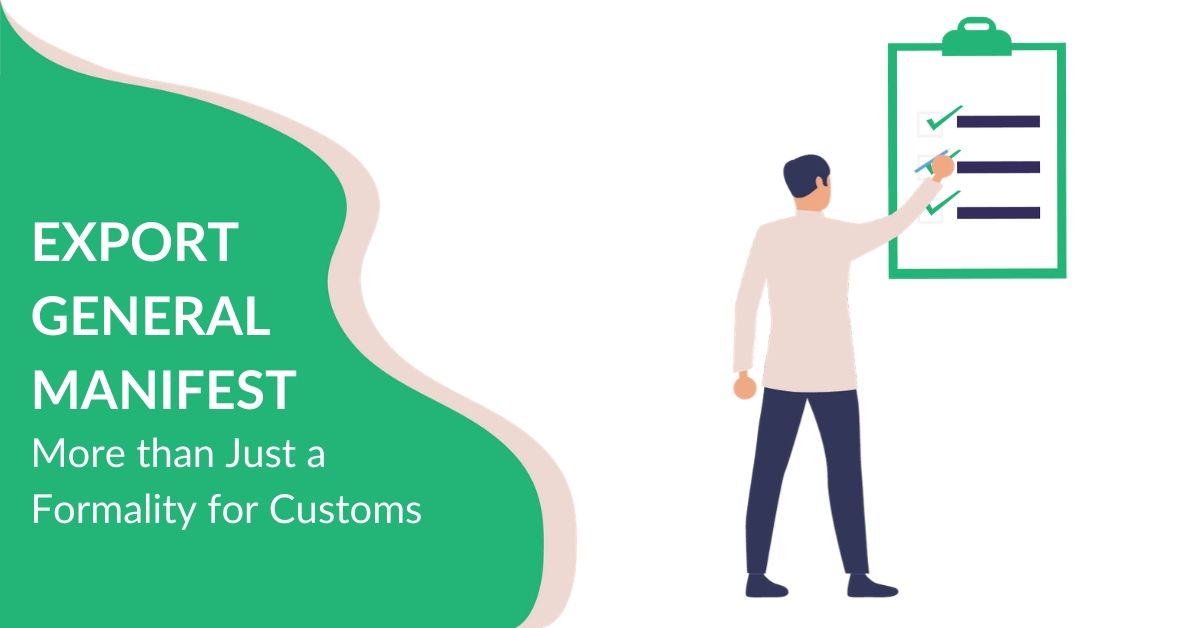 What is Export General Manifest?

To ensure effective control over exports and imports, the Customs Act (1962) requires carriers to fulfill certain responsibilities. The (EGM) Export General Manifest is one such liability that rests upon the carrier.

As a part of customs clearance formalities, the person in charge of the shipping vessel or aircraft has to furnish the details of the consignment loaded into the vessel or aircraft in a prescribed form. This form is known as the Export General Manifest. An EGM is filed before the departure of the carrier and is considered to be the proof of shipment and export.

In the case of vehicular transportation, a report similar to an EGM is required to be furnished, which is known as an Export Report.

Importance of EGM in exports

The customs authorities rely on the EGM to certify proof of export. It is on the basis of these certifications that the exporter can claim the benefit of exports. The EGM ensures that all goods that leave India and its territorial waters are duly accounted for. Its filing also ensures that the requirements imposed by Section 41 and 42 of the Customs Act upon the person in charge of the carrier are abided by. Besides, some exports fall under the scope of Section 156(f) of the Customs Act, i.e., goods included in the shipping bill but not exported (or exported and later re-landed). Such goods and short-shipment goods are also recorded in the EGM.

The person-in-charge must file the EGM before the departure of the carrier. However, in exceptional circumstances, the proper officer may agree on an extension of the period – provided adequate security and surety is provided by the agent of the carrier. The carrier can forward the EGM to the Customs EDI system electronically.

Apart from the electronic furnishing, the carrier must file a manual EGM along with the exporter’s copies of the shipping bills. The export department files this in their register, and the carrier receives an acknowledgement mentioning the date and time of receipt of the EGMs.

Whether the EGM is filed by the person in charge or their agent, the signatory verifies the truthfulness of its contents, making it a legally binding declaration. The Customs Act empowers the proper officer to allow the EGM or the export report to be amended or supplemented, provided they are satisfied that there is no fraudulent intention behind such a request. In case of any false declaration in the document or failure to file the document, the person issuing the EGM is liable to be punished under the Customs Act.

It consists of four EGM forms:

Also in case of aircraft, the cargo manifest will provide (in separate sheets) the details of cargo shipped, cargo transhipped, and cargo lying in the craft that has not been landed or transhipped. For each of these three categories, a separate sheet is required if any of the following items are being carried -- arms, ammunition, explosives, narcotics, dangerous drugs, or gold. If not applicable, a NIL declaration is required.

Similarly, in the case of vessels, the EGM should mention particulars of goods shipped, goods transhipped at the port, goods in the vessel that were not landed or transhipped, and dutiable goods including arms and ammunition. Details of arms and ammunition must be provided in a separate sheet.

Additionally, a vessel has to disclose the name of the ports for which the goods are being carried and whether the vessel itself will deliver the same. In the case of transhipped goods, the names of the ports and vessels through which the goods have arrived must also be disclosed.

Where as a Shipping Bill is a compulsory bill which is supposed to be generated while moving goods to other country i.e before export. The bill is to be filled at the time of the export. Shipping bill is generated through the Indian Customs EDI System (ICES) or the non-EDI mode in case of non-EDI ports.

NOTE: In the case of cargo against which drawback has been claimed, a separate sheet must be used. EGM submitted to the customs must be furnished shipping bill-wise.