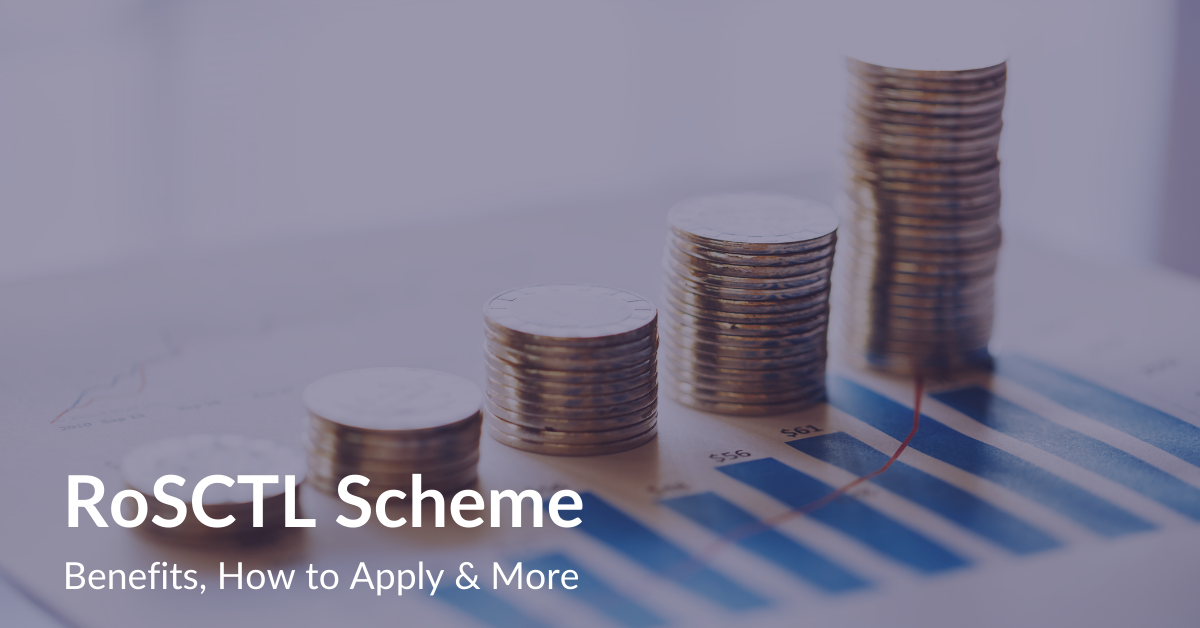 The Full form of RoSCTL is Rebate of State & Central Taxes and Levies (RoSCTL) Scheme. It is an export incentive in the form of transferable and sellable duty credit scrips offered on the basis of the FOB value of the export. It replaces the Rebate of State Levies (RoSL) scheme, a monetary incentive scheme under which Customs would deposit the rebate directly into the exporter’s bank account.

The Ministry of Textiles notified the introduction of RoSCTL in March 2019. It was followed by the release of the RoSCTL rate list and a CBIC notification on the scheme.

The introduction of RoSCTL was seen as India’s reaction to the increasing international pressure on export incentives provided by the Indian government. The US, in particular, has been very vocal, urging the discontinuation of export incentive schemes like the Merchandise Exports from India Scheme (MEIS) on the grounds that they flouted the WTO Agreement on Subsidies and Countervailing Measures. Notably, the US also objected to Export Oriented Units (EOU), Electronics Hardware Technology Park (EHTP), Export Promotion Capital Goods (EPCG), Special Economic Zones (SEZ), and Duty-Free Import Authorization (DFIA) schemes at various points in 2019.

Despite the WTO’s objections, the MEIS looks set to continue, at least till the new Foreign Trade Policy is introduced in April 2020. However, in the long term, the MEIS is an unviable export incentive, and hence the RoSCTL has been introduced.

The benefits of Rebate of State Levies RoSCTL are available to exporters of readymade garments and made-ups for now. The scheme aims to help them cut high logistics and other costs and enable them to compete globally. An exporter can benefit from this scheme for all exports done after 1st April 2019. For exports made prior to this date, the eligibility criteria of the RoSCTL scheme would be applicable. The rebate for such exports was allotted out of the RoSCTL scheme fund, on exhaustion of which DGFT would issue scrips, but at RoSCTL rates.

If you wish to claim a rebate under the RoSCTL scheme, you should file your application in the ANF 4R form. It has to be accompanied by your digital signature and submitted to the DGFT. Up to 50 shipping bills can be attached to one such application. There is no late cut fee under this scheme, which has been made available for exports only till 31st March 2020.

In the case of exports made from non-EDI (electronic data exchange) ports, a separate application has to be filed for each export. It cannot be clubbed with exports from EDI ports either. In the case of EDI exports from enabled ports, the port of registration will be the EDI port itself. The applications are processed through an online system of the Directorate-General of Foreign Trade (DGFT) and approved on the basis of an online approval/check mechanism. Depending on the option selected in the application, the scrips are either handed over physically or by post.

How exporters can apply for RoSCTL?

RoSCTL is implemented through a scrip-based system on the export of garments and made-ups. In a Ministry of Textiles notification dated 8th March 2019, the rates under the scheme were notified in four schedules. Schedules 1 and 2 specify the Central and State taxes and levies for apparel and made-ups. Schedules 3 and 4, on the other hand, give the Central and State taxes applicable for apparel export when the fabric (including interlining) has been imported duty-free under the Special Advance Authorisation Scheme.

Based on the rate specified in the schedules for the particular item of export, exporters will be issued duty credit scrips. If the export is made from multiple EDI ports, all the details thereof can be clubbed into a single application, selecting a port of registration from one of the shipping bills included in the application. The Rebate of State Levies RoSCTL application has to be filed within a year from the date on which shipping bill(s) is uploaded from ICEGATE to the DGFT server. Once issued, these scrips can be used with Customs for the next 24 months, after which it cannot be revalidated.

As an exporter, if you avail of Rebate of State Levies RoSCTL scrips, you must retain the shipping bills and other documents related to the export for three years from the date of issue of the scrips. The concerned authorities may demand to take a look at these documents, and failing to produce them could lead to you having to repay the scrip value with interest and/or penalty under the Foreign Trade (Development and Regulation) (FTDR) Act.

What precautions should be taken?

The realization of foreign currency is crucial to the receipt of a rebate, so it is important for every exporter benefiting from RoSCTL to retain the proof of receipt-of-sale proceeds. The jurisdictional regional authority can challenge the value of your scrips through an electronic examination of records. If an excessive rebate is found to be claimed, you will be required to pay back the excess rebate to the DGFT, along with interest at 15% per annum from the date of receipt of scrip to the repayment date.

Additionally, you may be penalized for not declaring the excess receipt and for fraudulent practices. Legal action may also be initiated under the FTDR Act in case of non-repayment or non-reply to the regional authority within 30 days of receipt of the notice.