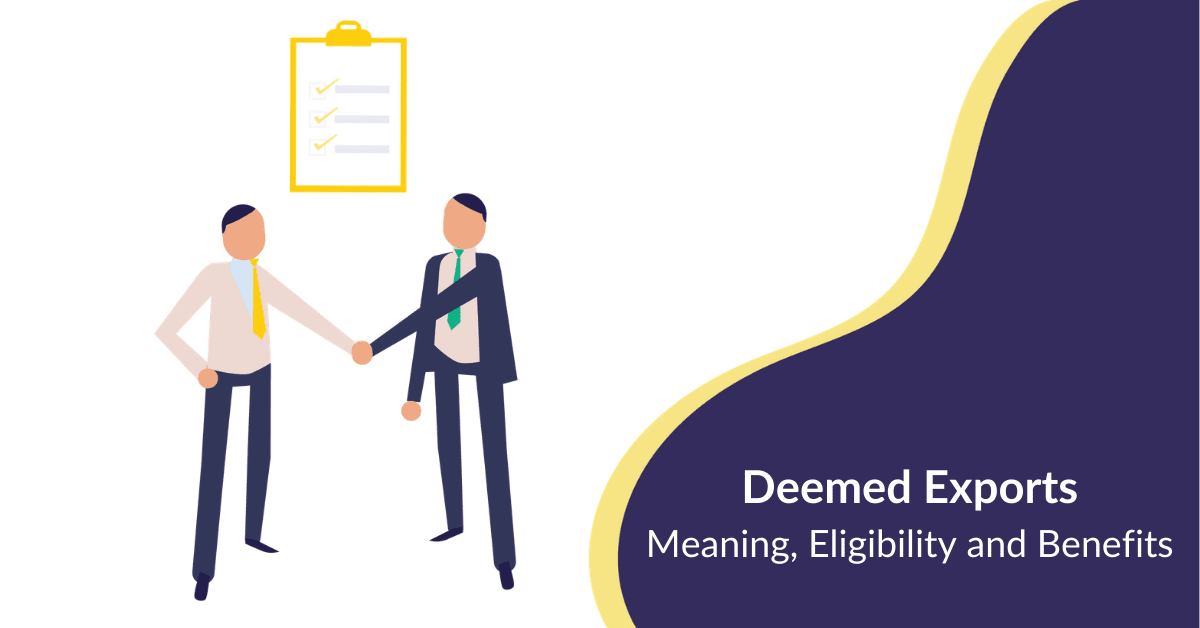 The objective of the deemed export scheme is to extend the benefits or incentives enjoyed by exporters to suppliers who either contribute to exports indirectly (for example, a supplier who supplies his goods to an export-oriented unit) or suppliers who contribute to specified infrastructure projects. The policy aims to empower India’s domestic industry against the import of goods by providing duty-free inputs and benefits or exemptions on taxes or duties paid in India.

The Export and Import (EXIM) Policy (1997-2002) defines ‘Deemed Exports’ as the goods (and not services) manufactured in India and transported locally i.e. they do not leave India. Deemed export basically means that the supplier may receive the payment for this transaction in either Indian Rupees or convertible Forex.

Export: An export refers to a trade transaction wherein the goods are produced locally and then it is shipped to a foreign country.

Deemed Export: Goods classified as deemed export may not ship out of the country.

For example, when a Kerala based manufacturer supplies goods to an Export oriented Unit in Maharashtra, who further ships the product to its customer in the UAE - the first part of the transaction is classified as deemed export while the second transaction is considered an export.

In addition to these conditions, the supply of goods to the following is treated as Deemed Export:-

The goods that are eligible for being considered as deemed exports receive the following benefits: