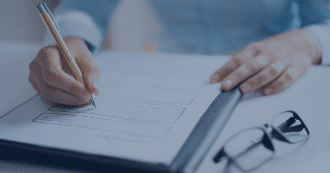 What is a telex release?

A telex release is an electronic message sent from an agent or a shipping line at the port of loading (POL) to the agent at the port of discharge (POD). When authorities at the POD receive this information from the carrier, it confirms that the non-negotiable Original Bill of Lading (OBL) has been surrendered to them by the seller/consignor. This message paves the way for releasing the consignment mentioned in the bill to the customer/consignee without the OBL.

Why use telex release?

Using a telex release over an OBL has multiple advantages. They are listed below. The transmission of the message takes place electronically. So, this eliminates the possibility of losing important documents.

As opposed to receiving a physical copy of the OBL, the authorities at the POD get the message quickly and securely. Sending a hard copy of the OBL may also add to the transaction costs due to the detention or demurrage charges applied. Telex release finds its use during short voyages as here, the concerned parties have limited time for sending the documents.

The freight carrier issues a telex release after receiving the OBL and verifying all the documents. This is the first step in the goods clearance process by the authorities at a different port where the shipment has been unloaded. Some carriers insist on paying the entire fees before the telex release is transmitted to the receiving agent.

How to get telex release?

A telex release for a bill of lading (BOL) is one of the most crucial documents required to release the cargo at one port, even though the shipper has surrendered the OBL at a different port.

The telex release works in a simple manner. The agent at the point of origin will establish contact with the agent at the destination port and communicate the following details:- While a telex release does make the export process more efficient and less hassle-free, the concerned parties/authorities also have to deal with some of its disadvantages.

Advantages of using a Telex Release

One of the key benefits of using a telex release is that it saves time and money. The carrier sends a message to release the cargo to the consignee immediately after the OBL and other relevant documents are surrendered and dues if any are paid.

Apart from making the goods clearance process faster, the parties involved also avoid the cost of sending the physical copies of the documents to the concerned authorities. The cost of printing and stationery is also eliminated.

Disadvantages of using a Telex Release

The OBL is a contract of carriage and acts as proof of ownership of the cargo. It gives an amount of control to all the concerned parties--the carrier, consignor, consignee, beneficiary, and even the clearing agent. However, if the instructions in the telex release are ambiguous or not conveyed accurately, it can cause confusion. Communication gaps due to language barriers are also likely to create problems for all concerned parties. In some cases, the results of such miscommunications can be grave, such as releasing the cargo to the wrong party, not collecting the prescribed fees, etc.

Besides this, parties must be wary of online fraud involving fake telex release messages, which is quite common. Since the telex release is conveyed through an email, fraudsters sometimes resort to manipulating or forging such emails.

Therefore, it is essential that the receiving office scrutinize every telex release message for its authenticity and validity. In case of a doubt, all the details should be confirmed with the sender. In general, it is a good practice to verify the contents of the telex release received with the office that has sent it before accepting and releasing the consignment.

Telex release is a message that the agent at the point of origin of the goods sends to its counterpart at the destination port to release the cargo without the OBL. The origin agent sends this message after the shipper has surrendered the OBL to the origin agent. The telex messages are sent via emails, but the old name has stuck on. However, in case of an express release, no OBL is issued. So, the destination agent can release the goods to the consignee as soon as it arrives.

The key difference here is that in telex release, the OBL is issued, printed, and submitted to the shipper, who later hands it over to the origin agent. But, no BOL or OBL is requested or issued in the express release.

A telex release can be requested in the following cases:-

An express release BOL can be requested when the OBL is not needed. The BOLs so released are called sea waybills. The OBL may not be required for the following reasons:-

A sea waybill of lading serves only two purposes:-

Since it is not a document of title to the goods, it cannot be negotiated. When a sea waybill is released, it is called an express release since no freight documents or OBL are required at the destination to release the cargo. As it is a non-negotiable document, it cannot be consigned to the order of any third party. Hence, the cargo delivery under sea waybill of lading can be made only to the consignee or its authorized agent.

Difference between Telex release and Bill of lading

In an import/export business or transaction, the BOL can be in the form of a hard copy of the document known as the OBL or its virtual copy called the telex release.

The OBL must be presented to receive the merchandise at the destination. It entails the additional cost of sending the document by courier. The OBL can be generated with the telex release, and presenting a copy of it in the form of a telex release is enough to secure the release of your goods.

1. How to check telex release?

Agents must obtain written authority from the principal for checking a telex release. Shipping lines generally include detailed telex release procedures in their agency manual, which mentions the standard procedures to be followed by the receiving agent and the releasing agent in this regard. These procedures must be adhered to strictly by both agents.

2. Is telex release the same as surrender?

Telex release is an electronic communication from the receiving agent to the releasing agent confirming that the shipper has provided the OBL and the goods can be released. Surrender means collecting the BOL at the point of export.

3. What is telex release for containers?

The telex release for containers is the same as the telex bill for any other goods/consignment. It is an electronic message from the agent of authority at the POL indicating that the shipper has surrendered the OBL.

4. Who pays for telex release?

In most cases, the shipper is responsible for paying the telex fees.

A telex release is used for clearing goods without the non-negotiable OBL being presented at the destination. The BOL is generally a negotiable instrument, but there are exceptions.