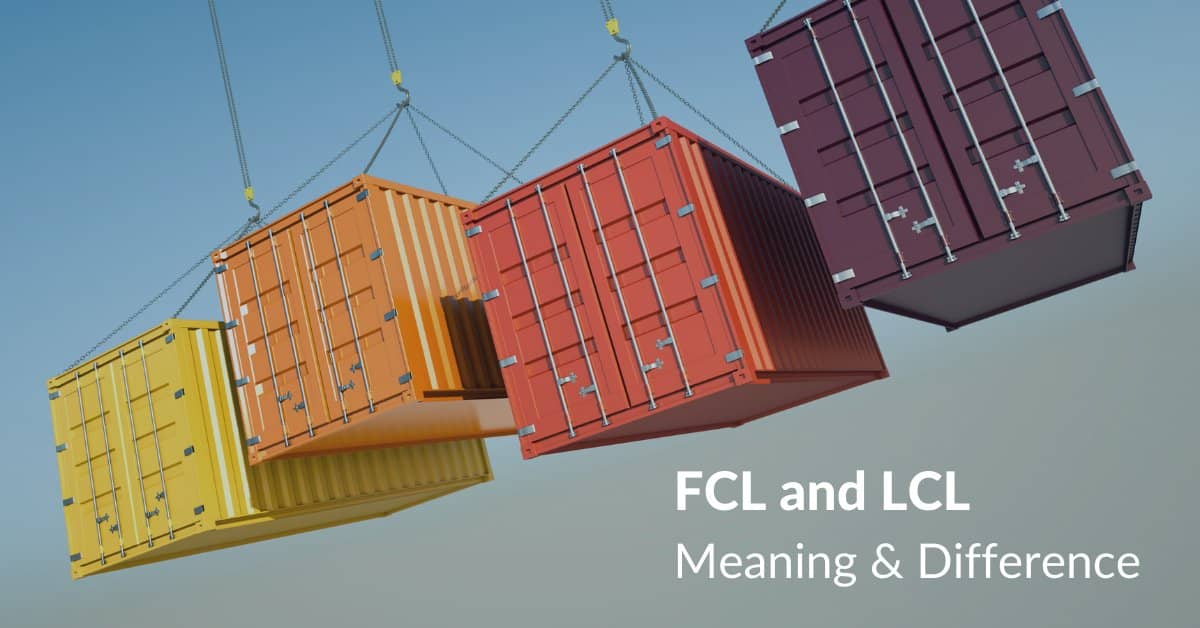 What is FCL and LCL?

The full form of FCL is ‘Full Container Load’, it is a container that is for the use of a single consignee. In international shipping, an FCL means a single container that is booked by the shipper exclusively for the transportation of their cargo only. The shipper doesn’t have to share the container with cargo booked by other shippers. This enhances security and simplifies ocean freight logistics management.

Whereas, LCL which is Less than Container Load is handy when the exporter doesn’t have to book an entire container because the size of the cargo doesn’t demand that much space. Smaller shipments that need to be sent economically and are less time-sensitive are sent on an LCL container. 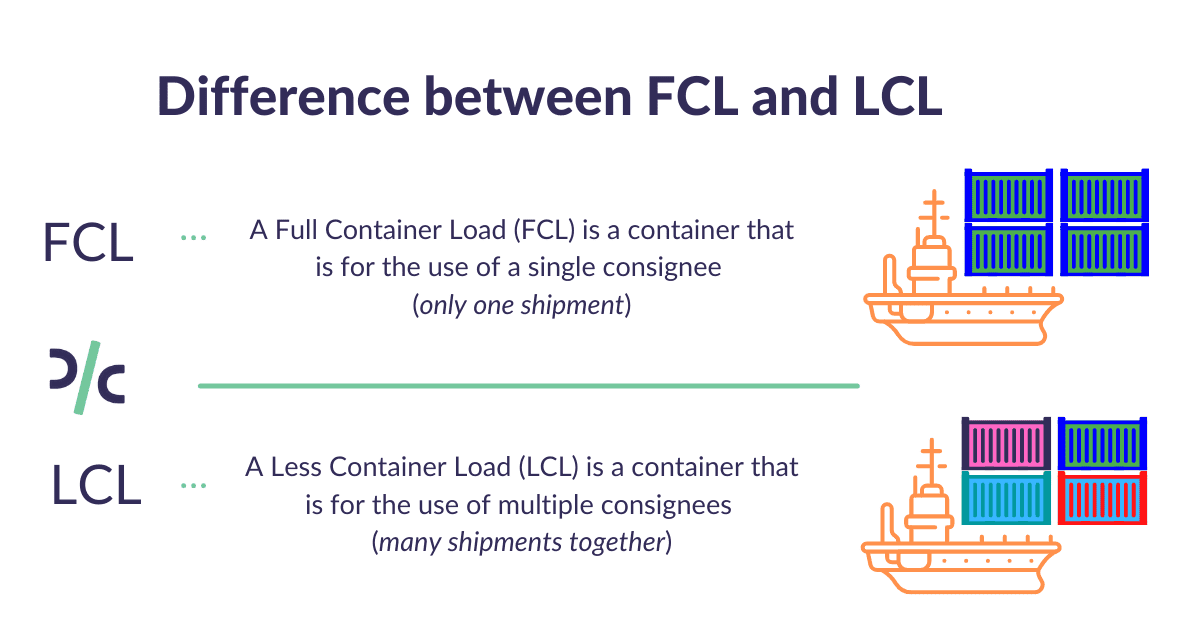 Freight forwarders often book cargoes under the LCL category and create a ‘consolidation’ by merging several of their LCL cargoes. They do so by booking an FCL container and consolidating the same with cargo accepted from different shippers. The cargoes are then sorted as per their port of destination or trans-shipment.

To ship an FCL cargo, the shipper will have to book at least one whole container. For an LCL shipment, it is not necessary to book a container; only a portion of it needs to be booked. Naturally, in the case of FCL, the goods therein will be owned by one company only. In LCL, there may be goods that are consolidated and are owned by different companies.

FCL delivery happens much faster than LCL. As the entire container is booked, there is no need to sort and unpack the container at separate delivery ports. The possibility of delay at ports and in the hands of customs authorities is also lower. In the case of LCL, additional time is required for sorting the goods, consolidation of documents, and processing. The time required in loading and unloading can also be higher in the case of LCL consignments.

Some of the basic to carry out the process would be:

Note:- The documentation will vary depending upon the commodity and the country of origin.

In terms of total costs, booking an FCL container will be more expensive given the sheer volume. However, if the dimension-wise cost is considered, the FCL booking is generally cheaper than LCL. So, the cost per freight is higher in the case of LCL booking, although in terms of the total cost it is the more economical option.

For small cargo, it is obvious that LCL is the only logical option. However, if the volume of the cargo is big, the exporter must compare the costs for both FCL and LCL. Apart from the freight, there will be haulage charges and destination service charges. These charges may be recovered from the buyer, but even in that case, such price escalation may affect future dealings.

FCL VS LCL Container - Which is Better?

Several essential considerations decide which of the two load options is best for you.

A primary factor is transit time. In LCL, the goods are stuffed into the container only after the freight forwarder receives sufficient cargo to fill the container. With multiple cargoes, there might be multiple trans-shipment ports, which can delay the arrival of the cargo at the port of destination. So, while selecting LCL, the exporter must find out the container stuffing date, the carrier itinerary, the trans-shipment schedule, and the expected date of arrival.

The choice between FCL and LCL is quite simple when the volume of the cargo is a lot or very little. But when it comes to choosing between the two, an exporter has to balance the cost of the shipment with the convenience and speed of the logistical process.

Containers are a convenient way of shipping cargo to overseas destinations. They are made from durable materials such as steel, aluminum, fiber polymer, etc. The size of containers is as per the specifications defined by the International Organisation for Standardisation (ISO). They come in standard dimensions, with lengths that can be of 8, 10, 20, 30, or 40 feet.

Features of FCL and LCL Containers

Containers may have varied features. Here are some common designs: