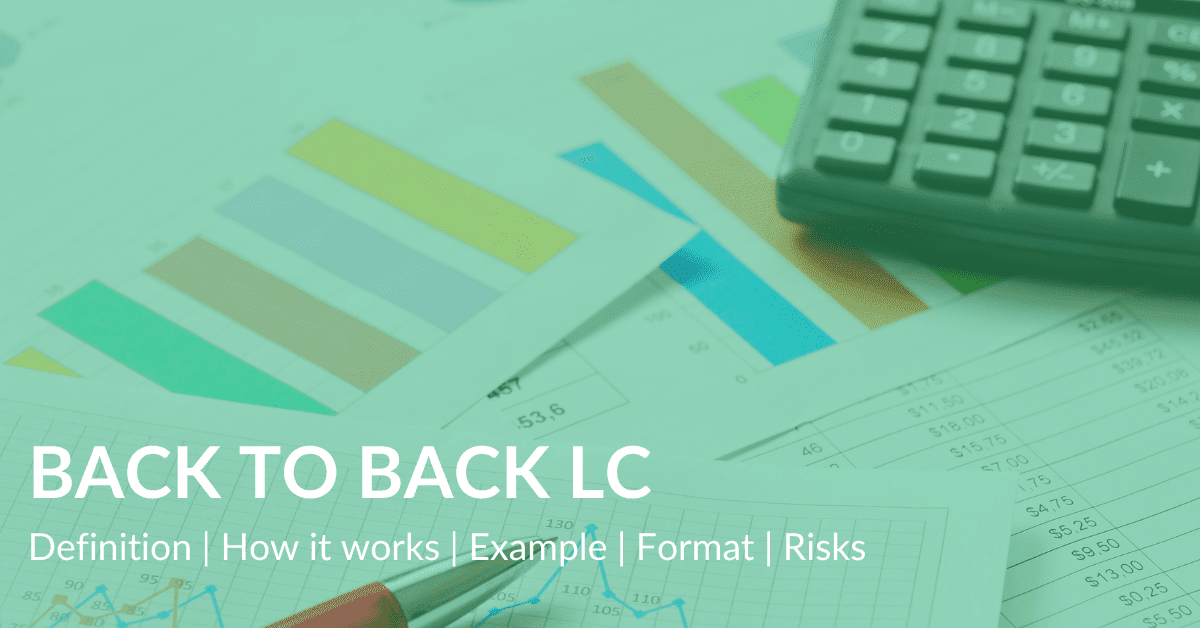 What is a Back to Back Letter of Credit?

When two or more parties are involved in international trade, the transaction mostly occurs through financial instruments known as Letter of Credit (LC). The document provides an extra layer of security due to the assurance of the banks involved in the trade.

What is a Back to Back LC?

When a transaction takes place between a buyer and a seller keeping an intermediary in the loop, the type of LC used in such cases is known as 'Back to Back letter of credit'.

Generally, a broker or trader acts as an intermediary between the seller and the buyer. Instead of issuing an LC to the supplier, the buyer issues it to the intermediary. The broker then submits the primary LC as collateral at a bank and asks it to issue another LC to be given to the end supplier in exchange for the shipment. The second LC that is issued keeping the primary LC as collateral is known as a 'back to back letter of credit'.

How a Back to Back LC works?

Here is a stepwise flow of how a back to back Letter of Credit works: 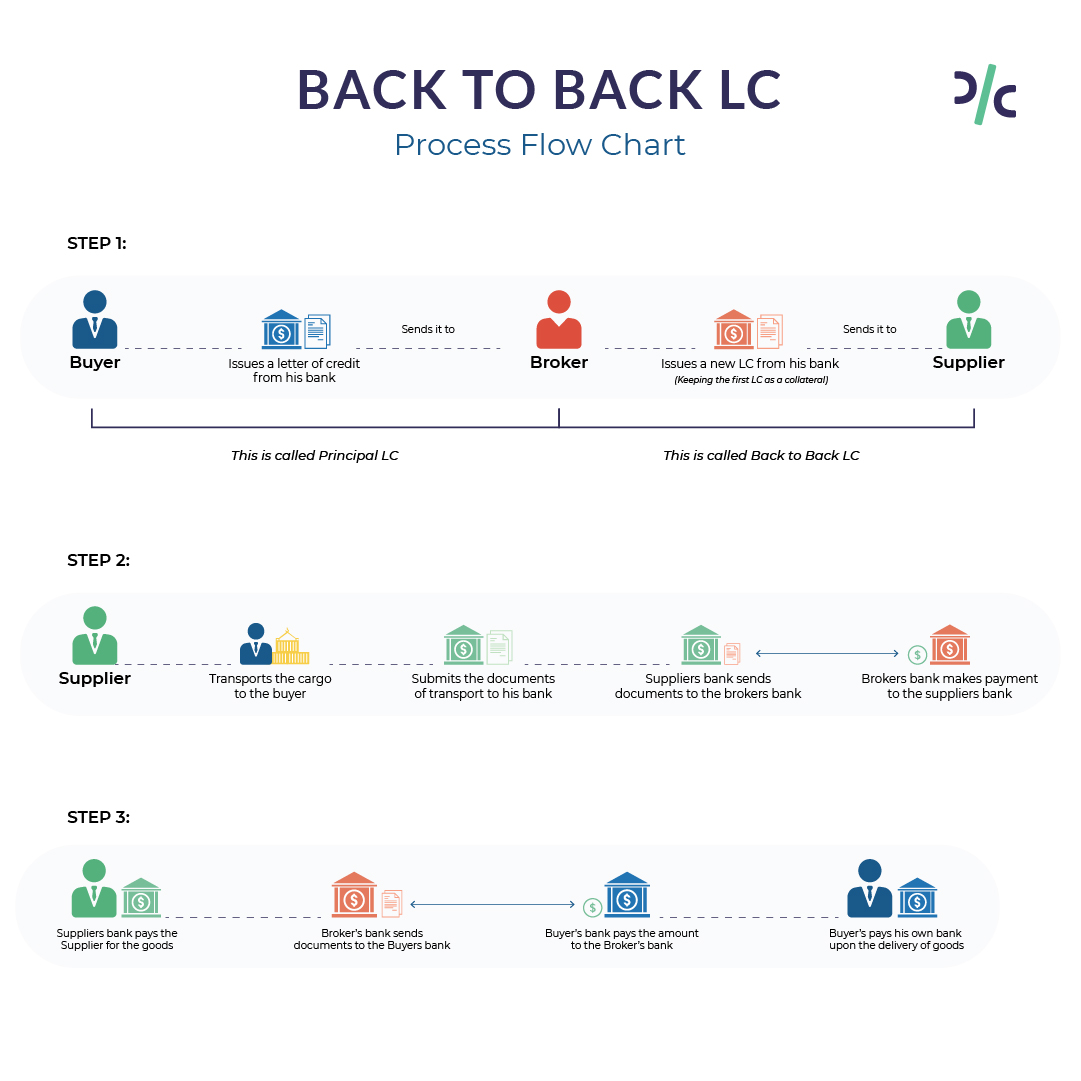 Contents in a Back to Back Letter of Credit Format

A back to back LC looks just like a normal LC. The only difference is that it is issued by keeping the principal LC as its collateral. Here are some of the details that a back to back LC contains:

Example of Back to Back LC

If company A in Germany sells automobile parts and a company C in Australia wants to buy them but are not in direct contact with one another. However, a broker B in London, who knows both the parties, enters the trade as an intermediary. He wishes to buy the parts from A and sell them to C, and earn his commission in the deal. But since both the parties do not know each other directly, there is a trust deficit between them.

Since the broker is keen on ensuring that the deal goes forward, he asks the Australian company C to apply for a letter of credit from a well known financial institution. The Australian bank, also known as the issuing bank, in this case, will look for a trusted bank in London and issue a principal LC under the broker’s name. However, the broker does not manufacture any parts. He is merely buying it from company A in Germany. So he asks his bank to keep the principal LC as collateral and issue a back to back LC to company C, which will supply the goods.

Once the supplier receives the back to back LC, they produce the shipment and send it directly to the buyer. Company A gets the money from the bank in Germany, while the buyer -- Company C pays the money to the bank in Australia.

The broker gets his profit margin, which is the difference between the amounts of both the LCs. In addition, this is how traders/buyers/suppliers/brokers eliminate credit risk with back to back LCs.

Risks under Back to Back LC

Here are some of the risks involved in dealing with a back to back letter of credit:

Difference between Back to Back LC and Transferable LC

A transferable letter of credit is a type of financial lending instrument where the primary beneficiary can add a secondary beneficiary who is paid the amount either partially or in full. The issuing bank has to designate such an LC as transferable at the time of issuing it. Only then can the beneficiary transfer the credit to a third party. There is only one LC involved in this process.

In the case of a back to back LC, the LC is issued by the bank against the primary LC, which acts as collateral. There are two separate LCs involved in the process- Primary LC and back to back LC.

FAQs on Back to Back LC

How do you open back to back LC?

An intermediary can ask their bank to issue a back to back LC to the supplier by submitting a principal LC as security collateral.

What is the LC front Back?

Front to Back letter of credit is a type of LC that is issued to the supplier by the broker’s bank even before they receive the principal LC.

What is a back to back guarantee?