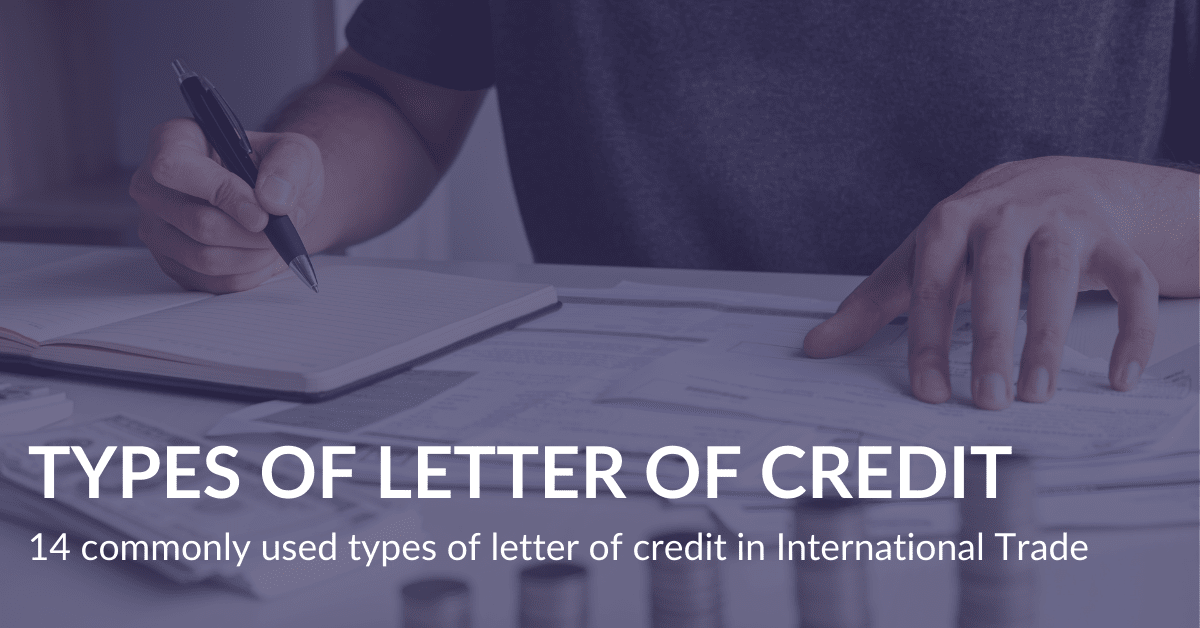 Letter of credit is a document issued by a bank or a financial institution, it serves as a guarantee for payment from buyer to seller and is most commonly used in International Trade Transactions. 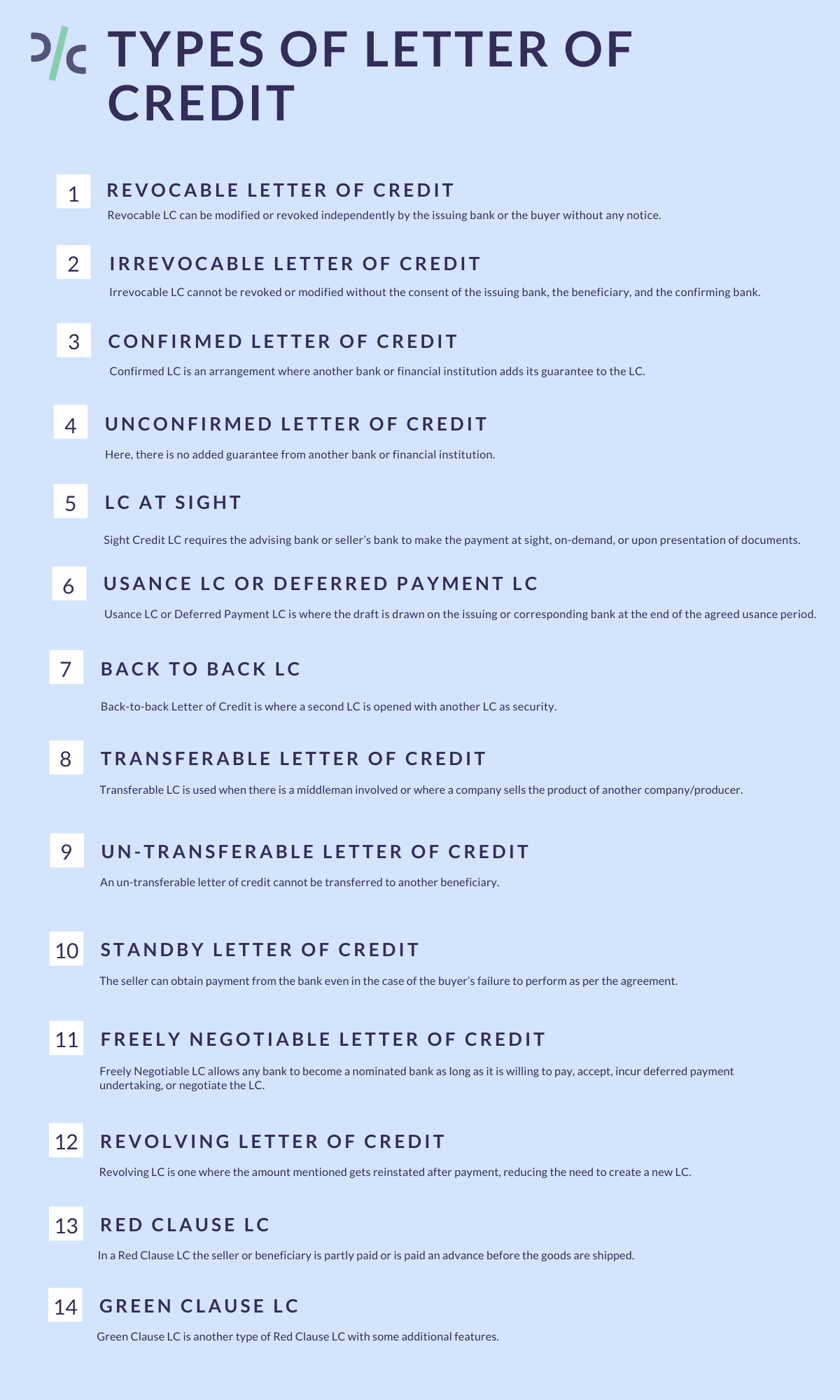 The following are the commonly used types of LC:

Revocable LC can be modified or revoked independently by the issuing bank or the buyer without any notice. This type of LC works entirely in favour of the buyer. It is rarely practiced in modern-day international trade as it does not provide any protection to the beneficiary or the seller.

Irrevocable LC is more commonly used as compared to a revocable LC. Irrevocable LC cannot be revoked or modified without the consent of the issuing bank, the beneficiary, and the confirming bank. It is a safer option for the seller or exporter as it assures that the amount mentioned in the LC will be paid if the submitted papers fulfill the terms and conditions of the agreement. Irrevocable LC further has 2 types - Confirmed and Unconfirmed LC.

Confirmed LC is an arrangement where another bank or financial institution adds its guarantee to the LC. It is used when the seller does not trust the buyer’s bank or the issuing bank. It gives added assurance to the seller, but the cost of the LC also escalates.

Sight Credit LC requires the advising bank or seller’s bank to make the payment at sight, on-demand, or upon presentation of documents. The seller submits documents as per terms and conditions of the sight LC. Upon verification, the advising bank immediately releases the due payment to the supplier.

Usance LC or Deferred Payment LC is where the draft is drawn on the issuing or corresponding bank at the end of the agreed usance period. The bank may receive the documents early upon completion of shipment of goods, but the payment is processed only after the usance period is over. This gives a grace period to the buyer who can make the payment after a certain period of time from when he receives the goods.

Back to Back LC

Back-to-back Letter of Credit is where a second LC is opened with another LC as security. This second LC finances both sides of a transaction through credit and counter-credit. A middleman buying from one party and selling to another is a typical case of back-to-back LC.

Transferable LC is used when there is a middleman involved or where a company sells the product of another company/producer. The first beneficiary requests the bank to transfer the entire payment or part thereof to the second beneficiary. In this arrangement, the first beneficiary is generally the middlemen or a company who sells another’s products.

Standby Letter of credit also known as SBLC is similar to a bank guarantee and is more popular in the US. The seller can obtain payment from the bank even in the case of the buyer’s failure to perform as per the agreement.

Freely Negotiable LC allows any bank to become a nominated bank as long as it is willing to pay, accept, incur deferred payment undertaking, or negotiate the LC. The LC has to indicate that it is not restricted to any bank for negotiation or that it can be negotiated in any bank.

Revolving LC is one where the amount mentioned gets reinstated after payment, reducing the need to create a new LC. It is used in case of shipments with a diverse set of goods or a repeated set of the same goods, which are traded within a specific period.

In a Red Clause LC the seller or beneficiary is partly paid or is paid an advance before the goods are shipped and after receipt of documents and a written confirmation from the seller to the bank. This type of LC acts as an aid to the seller for his working capital requirements for purchase of raw materials, packaging and processing of goods.

Green Clause LC is another type of Red Clause LC with some additional features. In a green clause LC the seller receives advance payment not only for purchasing raw material, packaging and processing of goods but also for the cost incurred for pre-shipment warehousing and insurance.